Dr. Amir Khan’s cheerful energy has radiated far beyond his Bradford and Leeds practice, when he shot to national fame from his lead role on Channel 5’s GPs Behind Closed Doors, the show that fuses the positive and realistic sides of general practice. Dr Khan’s screen presence is such that he’s now featured on other TV shows – Loose a Stone in a Month CH5 , BBC Breakfast, and The Science Of Sleep CH5. Available for Appearances, Speaking and Influencing. Followers | Twitter 83k | Instagram 20k 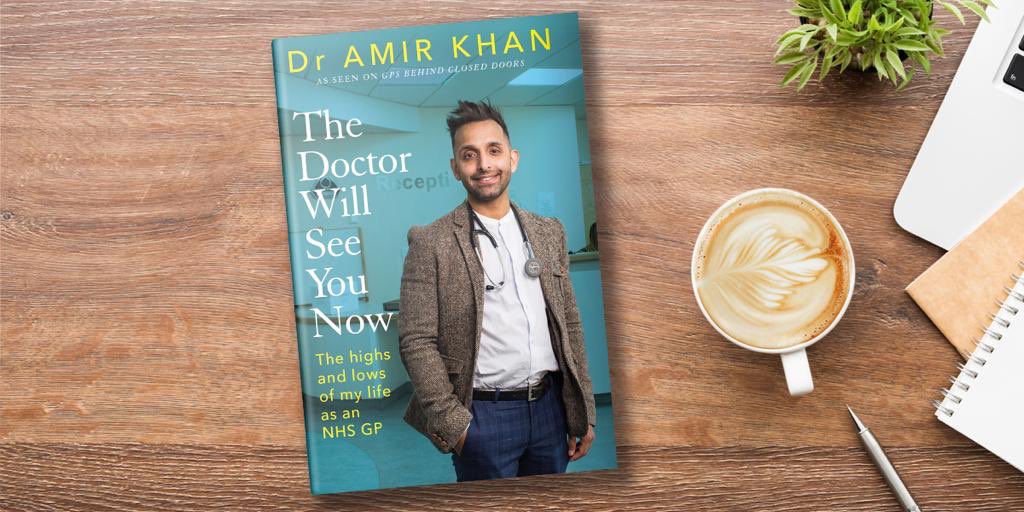 A HIGH-profile Bradford GP will reveal what life is like as an NHS doctor in an upcoming book.

Dr Amir Khan, who appeared on the Channel 5 show GPs Behind Closed Doors during its series at the Ridge Medical Practice and who often appears on national television shows to share health advice and tips, has penned ‘The Doctor Will See You Now’ ,which promises his “insider’s account of what REALLY goes on at our GP surgeries”.

“Charting his 15 years working as a GP, from rookie to becoming a partner in one of the UK’s busiest surgeries, Dr Amir Khan’s stories are as much about community and care as they are about blood tests and bodily fluids,” says the book’s synopsis.

“Along the way, he introduces us to the patients that have taught him about love, loss and family – from the regulars to the rarities – giving him the most unbelievable highs and crushing lows, and often in just 10 minutes.

“There is the unsuspecting pregnant woman about to give birth at the surgery; the man offering to drop his trousers and take a urine sample there and then; the family who needs support through bereavement, the vulnerable child who will need continuing care for a long-term health condition; and, of course, the onset of Covid-19 that tested the surgery at every twist and turn. But, it’s all in a day’s work for Amir.

“The Doctor Will See You Now is a powerful story of hope, love and compassion, but it’s also a rare insider account of what really goes on behind those surgery doors.”

Announcing the news, Dr Khan said: “I’ve been a doctor now for just over 15 years and I’ve been a GP for 10 years, which has been a really excellent experience.

“During that time I’ve had the highest of highs taking patients and communities and families through incredible journeys and sometimes it has been the lowest of lows through tragedies and loss, depression, mental health issues and that kind of thing.

“At the same time, I’ve had amazing support from my colleagues, from my best friends who work alongside me and we’ve had such a laugh at times, but we’ve been through tough times together including the recent coronavirus pandemic and how that affected us.”

Dr Khan, who has become well-known on social media, often shares humorous stories about his mum, Mama Khan, who also makes an appearance in the book.

He said: “I really hope you enjoy reading it as much as I enjoyed writing it – it was really cathartic and I’m really, really proud of it.”

The book will be released in August and is published by Ebury Press, a division of Penguin Random House.